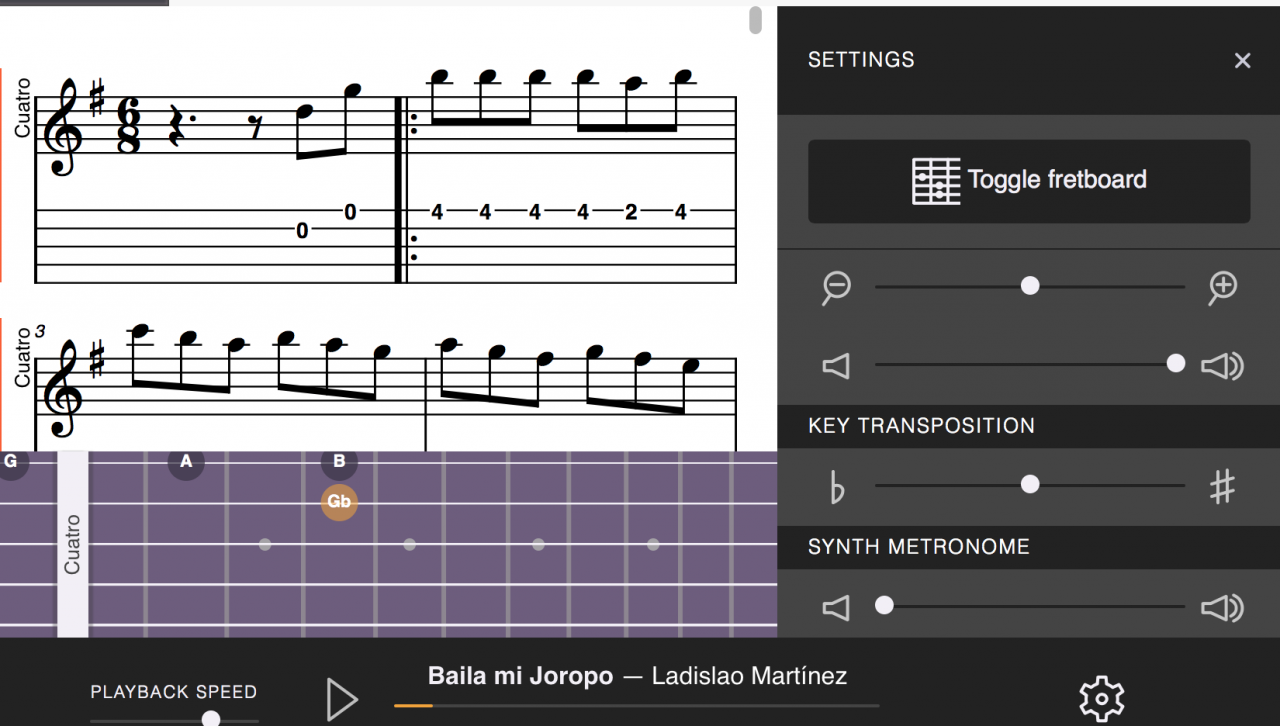 We are in the process of updating all the lessons with the new Video Tabs technology. Stay informed in this section of the Blog and leave us your comments. Next to the lesson title you will see the category where you can find these lessons. Thank you! 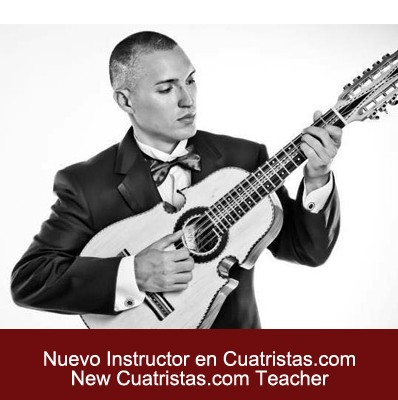 Gabriel was born in Utuado, Puerto Rico on December 11, 1976. At the age of 2, his family moved to New Jersey, where he grew up and still resides. Your interest in the cuatro he reached the age of 15, inspired by the great cuatrista Alvin Medina. Gabriel then began to study and learn the traditional folk music of Puerto Rico with Alvin. At the age of 18, Gabriel recorded his first album in a traditional way. And at 21 he recorded his second album, also in a traditional way. Over the years Gabriel has made several appearances on television and radio channels. He has also done many collaborations with other artists and has been featured on other albums. Gabriel's third and fourth installments "Enter Me in Your Adoration" and "For the Whole Year" have recently been released. In 2014, Gabriel recorded his first instrumental album entitled "Lymarie's Prelude." Comprised of a beautiful range of genres, Gabriel performs Latin jazz, classical, and folk instrumentals. Gabriel's goal is to reach Puerto Rican youth who, like him, grew up in the United States and cannot have the traditional musical connection to their roots. In 2002, Gabriel was recognized and received an award in Puerto Rico when he was invited to perform at the 32nd Annual Festival of Cuatroprestigious and was given the opportunity to play alongside some of cuatristas Popular from Puerto Rico. Again in 2014, Gabriel was invited to perform at the national level in Chicago where he opened for one of the most prestigious cuatristas long live Columbus Edwin Zayas. At the National Festival of Cuatroin Chicago, Gabriel shared the stage with cuatristas world-renowned in which he debuted the launch of his most recent production Prelude Lymarie. Recently, Gabriel formed a group called Melodias Borinqueñas that interpret typical Puerto Rican folk music, as well as other styles and genres.